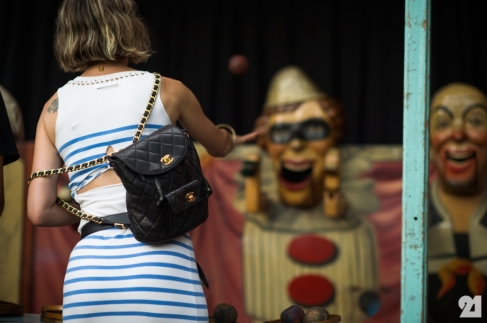 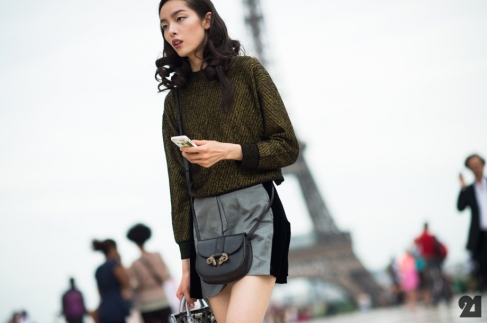 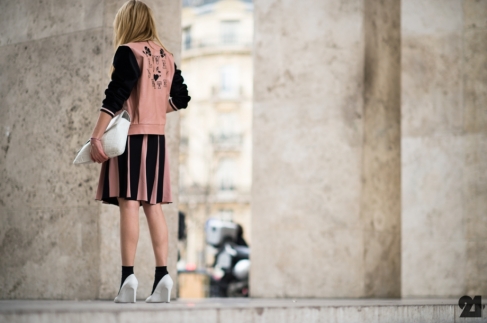 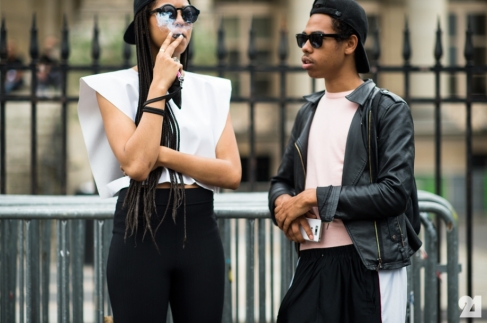 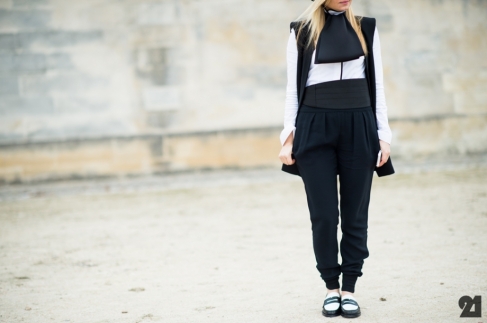 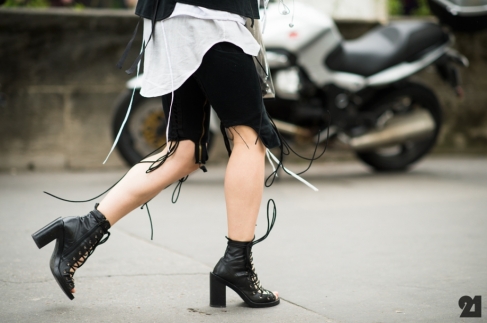 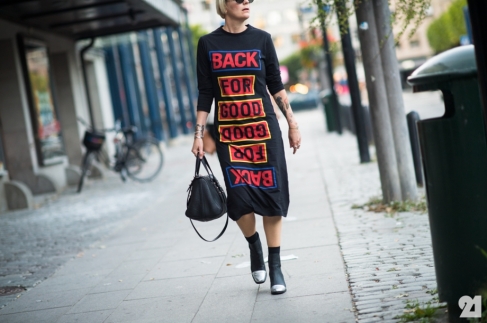 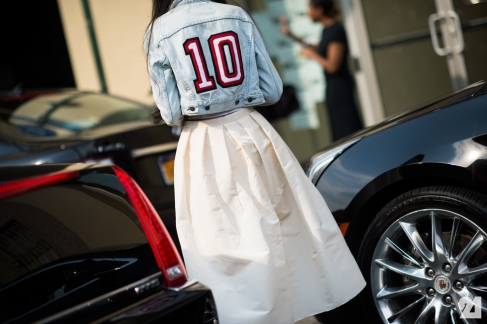 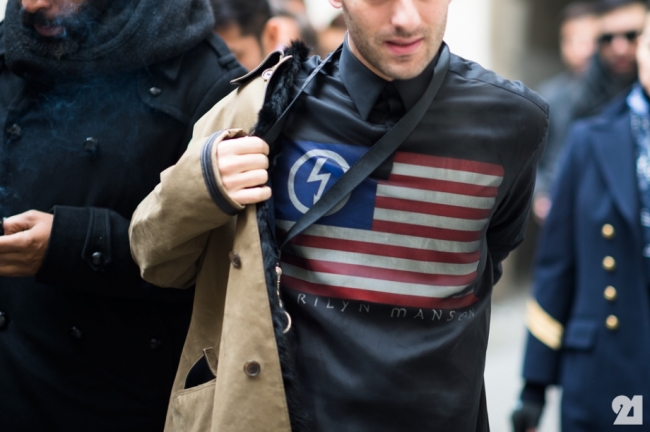 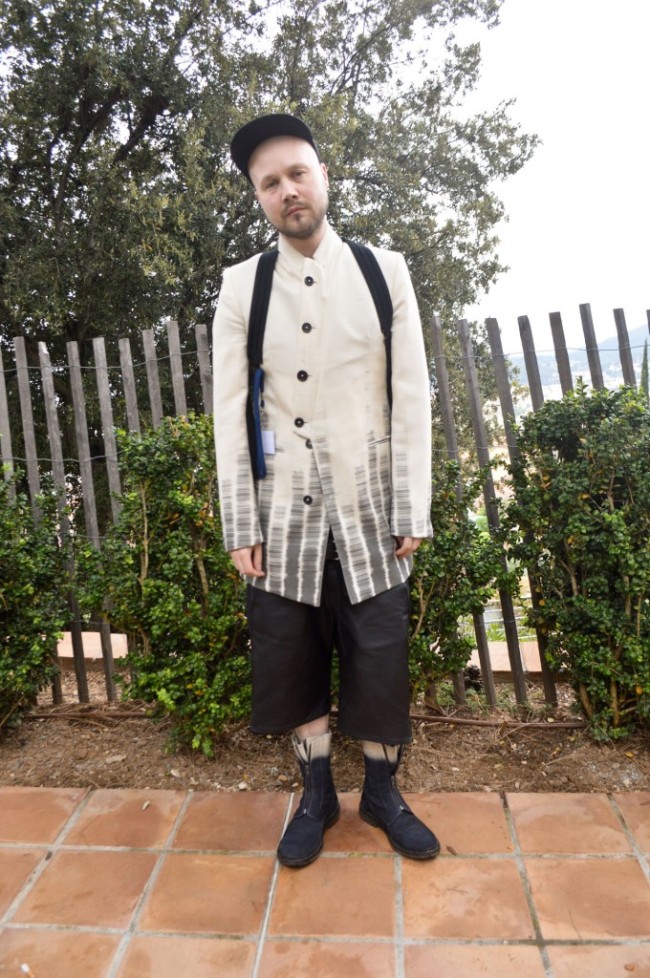 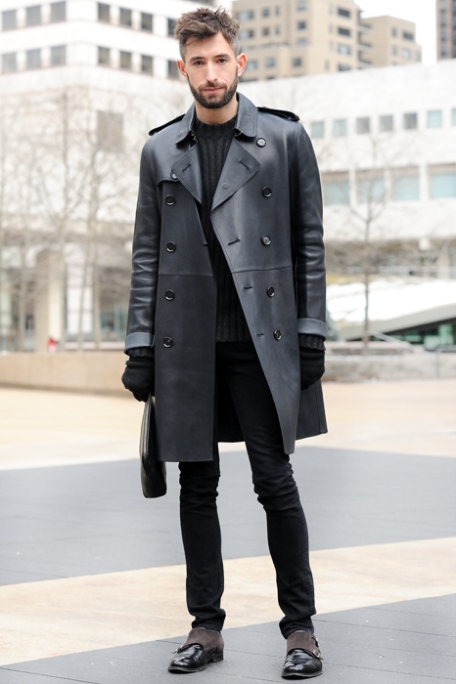 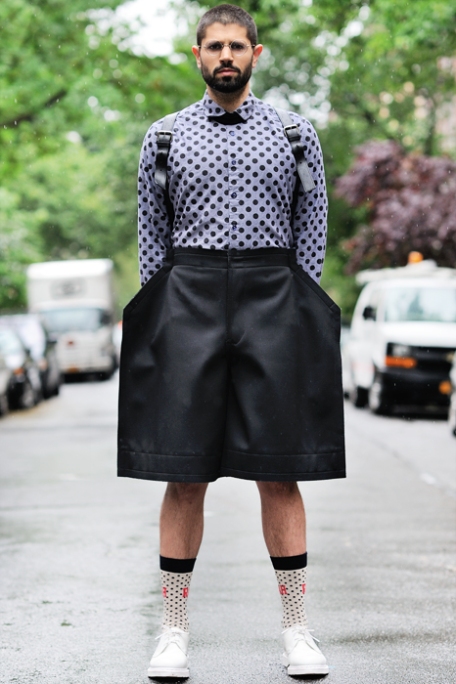 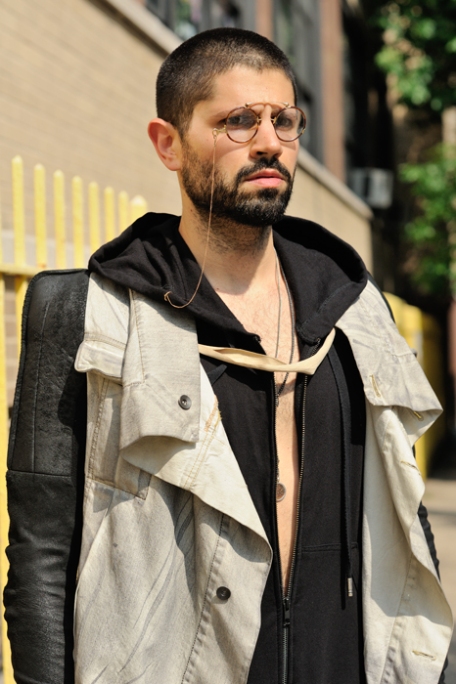 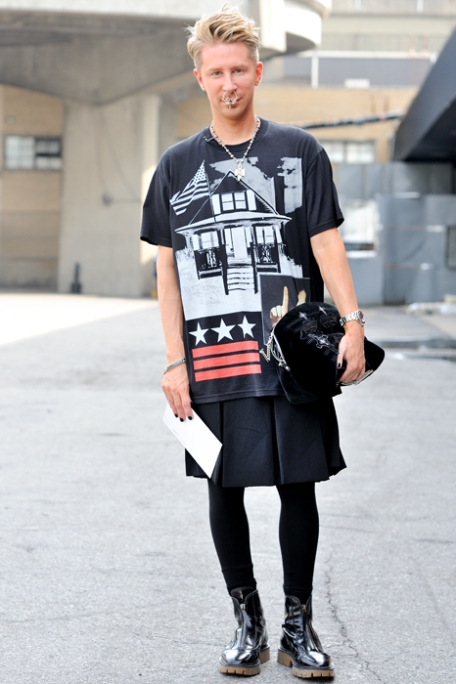 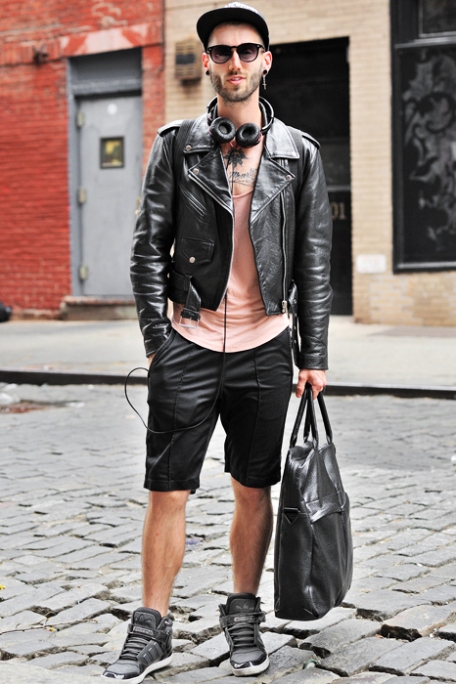 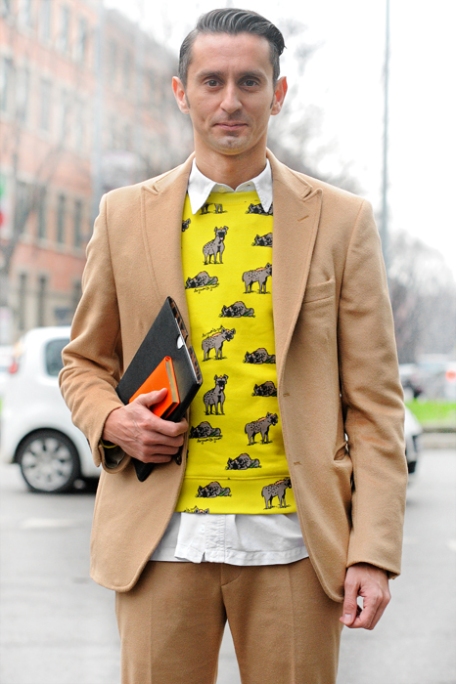 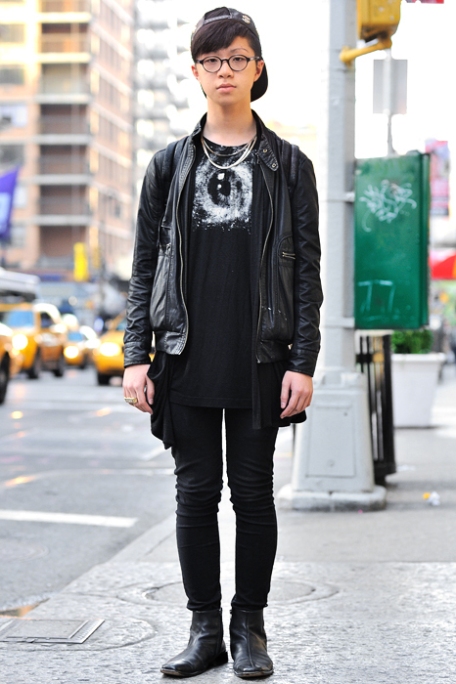 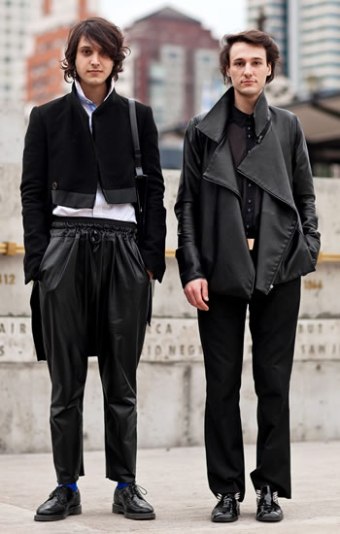 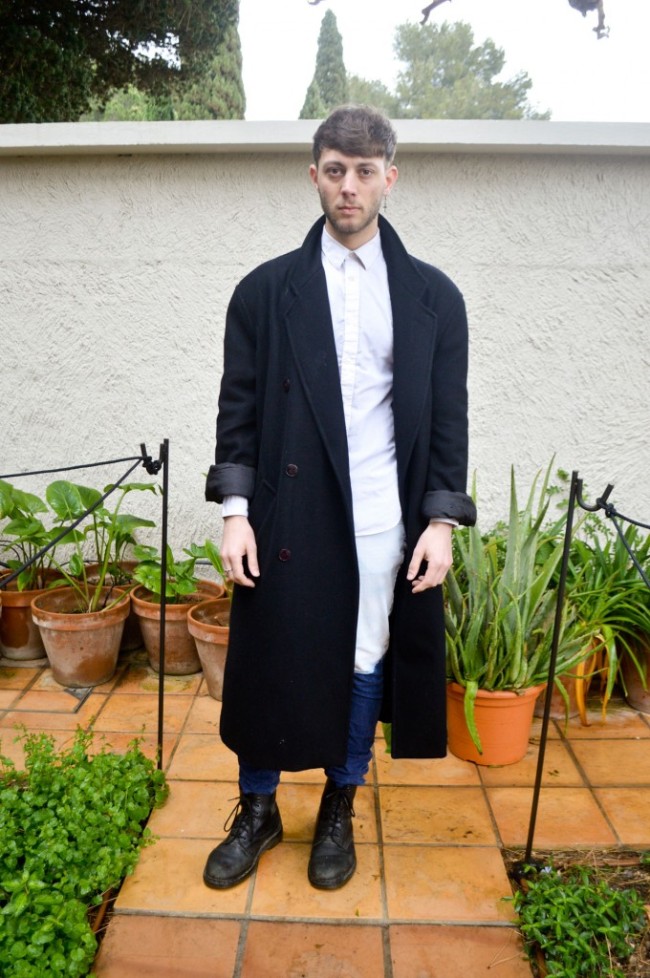 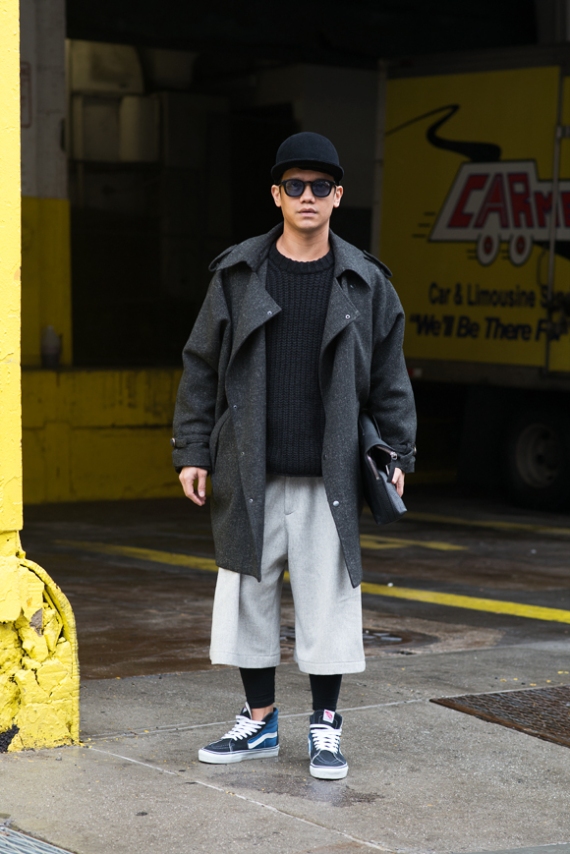 I wrote a thing for Platinum Love, this be it.

The influence of music on fashion trends has always been strong, the two industries constantly intertwine, taking inspiration from each other and subsequently influencing the man on the street. Urban street fashion in particular has always been heavily influenced by music, particularly the popularisation of labels such as Louis Vuitton, Gucci and Fendi, aspirational brands easily recognised by their logos and immortalised in countless hip hop and rap lyrics.

But times are changing. Gratuitous logos are being eschewed in favour of a new dark sports-luxe minimalism. This changing face of urban street fashion has been pioneered by one of hip hops biggest success stories of the 21stcentury –  Kanye West.

When West released his debut album in 2004, his sartorial choices rarely got more exciting than a plain jumper and baggy jeans. A short decade later West is now as known for his avant-garde fashion choices as his music, his sell-out Watch The Throne collaboration tour with Jay Z was art directed by Riccardo Tisci, a good friend of West and creative director of one of his favourite labels, Givenchy. By choosing to wear leather kilts and crystal encrusted Margiela masks rather than adhering to the standard uniform of oversized commercial fashion labels, West is rewriting gendered fashion for the next generation of artists including A$AP Rocky, Frank Ocean and Pheophilus London, as well as black youth as a whole, and paving the way for a larger cause, a change in attitudes towards what black masculinity really means in the 21st century.

Another recent rising star of hip hop, A$AP Rocky, established his interest in fashion and style from the beginning of his career, which has included him walking for Hood by Air and collaborating with Raf Simons. Rocky told the April issue of Interview “fashion is just one of those things that helped me be an individual…it helped me get the attention that most people try to get with publicity stunts of by doing other crazy things.”

This evolution of black street fashion is important in terms of a new fashion moment, but also in terms of working towards quashing negative and intolerant attitudes both within the hip hop community. By popularising an aesthetic that is non-gender specific and also not as consciously hyper-consumerist, a more liberal attitude toward fashion will hopefully influence a liberal attitude in general. Hood by Air, the cult streetwear label was founded in 2006 by an openly gay black man, Shayne Oliver. The label has risen to cult status, having been worn by streetwear tastemakers including A$AP Rocky, Rihanna, Kanye West and a slew of young males on increasingly fashion forward site Tumblr. The importance of Hood by Air as the pioneer for the emergence of luxury streetwear is not to be underestimated. It’s popularity within a community constantly called out in the media for perceived promotion of intolerance proves that fashion is not a tool to divide – the haves vs the have nots, ‘gay’ vs ‘straight’, but that it is an important social agency with the power to promote positive change.

Shayne Oliver sees the popularisation of Hood by Air as “the beginning of a trend that will allow black men dress in ways formerly dismissed as ‘gay’”. Homophobia sadly is still a major issue within the hip hop musical community, and with artists such as Lord Jamar so quick to call out West, a straight man, for being ‘gay’ merely for wearing a kilt – a traditionally male item of clothing, incidentally – undermines the great leaps that artists like West who go against the mould are making towards promoting tolerance amongst black youth. A$AP Rocky said of the problem “it makes me upset that this topic even matters when it comes to hip-hop, because it makes it seem like everybody in hip-hop is small-minded or stupid — and that’s not the case. We’ve got people like Jay-Z. We’ve got people like Kanye. We’ve got people like me. We’re all prime examples of people who don’t think like that. I treat everybody equal, and so I want to be sure that my listeners and my followers do the same if they’re gonna represent me. And if I’m gonna represent them, then I also want to do it in a good way.”

The prestige of exclusivity previously held by Louis Vuitton et al has now moved onto the exclusivity of knowledge. Being able to not only instantly recognise a Givenchy print or a Raf Simons trainer holds weight, but also knowing where to get these items has become the new marker of fashion credibility. The new aspirational labels often run limited edition lines, placing the importance on sourcing the product and being one of the first to have it, rather than having the same item as everyone else who can afford it.

Black street fashion trends, including bandanas and low slung trousers, were traiditionally used to signify an affiliation to specific groups or gangs, this move within urban street wear towards an appreciation for the avant garde and more obvious sartorial risk taking sets wearers apart from the crowd. This emphasis on fashion as a form of self expression rather than as a uniform is paving the way for urban fashion to help bridge gaps that historically exist within hip hop and the wider community. Social freedom, long a battleground for minorities, is now finally extending to street fashion, promoting an environment where urban youth can walk down the street without fearing a backlash from their own community, and even if leather kilts are still worn by a minority, that minority includes some of the most recognisable and successful black men in the media. First, the street, second, the world.